What Do You Know about the Morgan Dollar? The coining of the Morgan dollar followed the Fourth Coinage Act of 1873 which demonetized silver bullion. The “Free Silver” issue is something Americans might have a hard time understanding now, but prior to 1873, people could bring their silver (or gold) bullion to the mint and, for a small processing fee, have it made into coins which would be worth their face value and could be spent.

At that time the ratio of the value of gold to silver was 16:1, meaning that 16 ounces of silver was considered equal in value to one ounce of gold. The problem was that, with increased mining of silver in the west, the price of silver was dropping rapidly, which meant that savvy bullion owners could take their devalued silver to the mint and, by having it made into coin, make a profit.

Increased silver coinage for profit reasons led, of course, to an increase in the overall money supply and, as students of economics know, inflation. Inflation isn’t necessarily bad or good, but it penalizes some and rewards others, so “Free Silver” continued to be an issue presidential candidates talked about late into the century and advocated for or against based on whether their constituency would benefit economically from inflation or not.

The Morgan dollar was named for George Morgan whom Director of the Mint, Henry Linderman, engaged to work under Chief Engraver William Barber in 1876. For the brand new silver dollar, Linderman chose Morgan’s die designs which show Lady Liberty on the obverse and an eagle on the reverse side.

Instead of using a classic Greek profile for his Lady Liberty, Morgan chose an American model, one Anna Willis Williams. His opinion was that her profile was the most perfect he’d seen in England or America. At the time she modelled for him, Anna was only 19 years old, and she insisted on remaining anonymous. Unfortunately, after the coin was issued, her identity leaked. She received thousands of letters from admiring fans, but she preferred not to discuss her involvement in the Morgan dollar, even into old age calling it “an incident of my youth.” 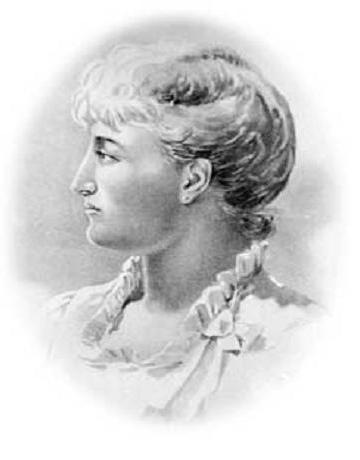 On March 11, 1878, a week after the passage of the Bland-Allison Act, which required the Treasury to purchase a certain amount of silver per month to be minted into coins at the 16:1 ratio, the first Morgan Dollar was coined. It continued to be minted steadily until 1904, and then was minted a final time again in 1921.

The history of the Morgan dollar shows how coins and current events often intersect. It would never have been minted if silver hadn’t fluctuated in value because of increased silver mining in the newly settled West. That fluctuation and a loophole in minting policy made the coining of silver dollars, for a short time, a good get-rich-quick scheme. That scheming created inflation which affected the economy which inspired legislation which mandated a new silver dollar: the Morgan Dollar.

If you would like are interested in searching for or purchasing a piece of 19th century American history, we at Grand Rapids Coins would be more than happy to assist you. Contact us today.